A Stranger in Paradise (Paradise, #1) 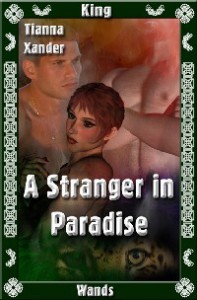 It was a nice story - not much meat on it, but it served its purpose. I was entertained while it lasted but its rather short'ish and i was missing a bit of character building.It felt like half of the book was about sex, so if you want a quick easy read then its peachy, not gonna find any of the deep serious stuff in here.I'll prolly look into the series at a later date, when i want a read like that. Besides that the book was nicely written, a bit of POV switching but pretty much bearable in the shorts.