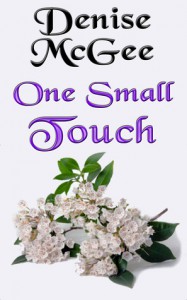 Note; Book provided by author for review.I found myself enjoying this book a great deal more than I initial thought after I saw the first page. I'm not a fan of switching POV's, but in this case it worked almost flawless. I think in part because the writing was pretty smooth. There was a bit of a wrinkle though in a scene where it started with Laurel sitting with Aaron and smelling his freshly clean skin, which was perfectly fine, but then the next chap where Aaron had the lead we saw him take a shower, so either he's a total clean freak or there was a bit of a hiccup.I'm not much of a fan of the type that Laurel was though. She would be the type that faints by seeing a mouse. I found it hard to connect with her because of that. And Aaron's hospital scene; He seemed a bit wacky. Not liking that much.When looking at the paranormal aspect of the book, it consists of different psychic abilities. Never quite figure out how many has something going for them. If its common or rare.The setting is nowadays.Speaking of the plot I enjoyed it. Not the best plot, but certainly not the worst either. I would give the plot ~75 points out of 100 where 50 is average.The romantic part of this was book felt slightly more UF'ish to me than romance, a few kisses here and there and hugs and that's it. However with everything else happening it felt right.