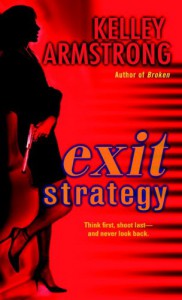 Mmm Jack reminded me a lot of Gibbs from the tv show Ncis, with his silent almost non verbal communication. It would be nice to see a love connection between him and Nadia.

At first I was worried about POV, but its mostly Nadia and a few various characters.

After a few unfortunate series busts I was very happy to start this series. It more than lived up to my expectations and in the end I was very pleased.

I like Nadia as a character and her moral compass. The kill that got her tossed outta the force - Well I don't see that as a negative at all.

I'm not much a fan of Evelyn. I don't like bs or games. I think that's why I like Jack, although I certainly won't mind some more back story.

I loved the plot. And drawing Charles Manson into it was nice.